Ohio isn’t know for it’s lakes. In fact, unless you are from central Ohio, you probably have no idea that a Buckeye Lake exists. 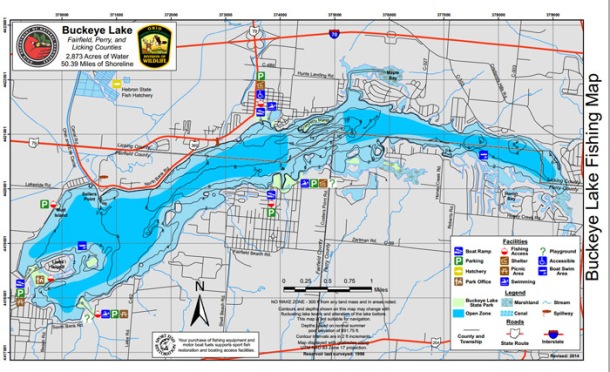 Buckeye Lake is one of the largest lakes in Ohio. It began as a swamp that was converted to a reservoir via an earthen dike built to divert the Licking River to provide water for the Ohio and Erie Canal. Over the years the lake became a popular recreational destination for fishing and water sports enthusiasts due to its proximity to Columbus (Ohio’s capital city). In fact, an amusement park was built along the banks of the lake in the 1930’s and was immensely popular for a time. The lake boomed during these years and many families built cottages and vacation homes around the lake (including along the 4 mile earthen dam on the north bank of the lake. Below is a video of scenes form the old amusement park: Eventually the amusement park fell into disarray and was deserted and then torn down. In the meantime, the lake was still a popular destination and many people began to call it a permanent home. My family is one of the those families. We’ve had a house on the lake for generations and now both my father and his father own homes on the lake. So, what does this have to do with science? So far, not much. However, the lake is really shallow and has been having significant algal bloom problems (see Kathleen’s post about another Ohio lake with the same issues). The area surrounding the lake is primarily agricultural and runoff of sediment and fertilizer has been leading to summer blooms of harmful algae. A group of concerned locals has been working with the state to solve the problem (dredging the lake deeper, convincing farmers to switch to no-till practices, adding riparian buffer and more wetland to tributaries, etc…). I have been very encouraged about the health of the lake in recent years, but algae has not been the only problem. Remember that earthen dam built in the 1820’s? What if I told you that the last time it was replaced was in the late 1820’s (because it failed the first time they built it). What if I also told you that hundreds of homes have been built near and into the dam, many of them with basements, swimming pools, and wired utilities such as sewer, gas, and electric? Think about what that might mean. We have this 4 mile long wall of earth being pushed on by 3-12 feet of water (depending on season and lake height). This wall of earth is already somewhat porous, but luckily the water pressure isn’t super high because the lake is shallow. Now, dig a bunch of holes in the earthen wall and fill it full of heavy house that settle and then dig out the area between the houses, add utility lines, and refill. Done with that? Great. Add 150 years of erosion and you will be where we are today. The Buckeye Lake dam is on the verge of “catastrophic failure” according the the Army Corps of Engineers. As a result, the state has decided to drain the lake down to an average depth of about 3 feet until further notice. 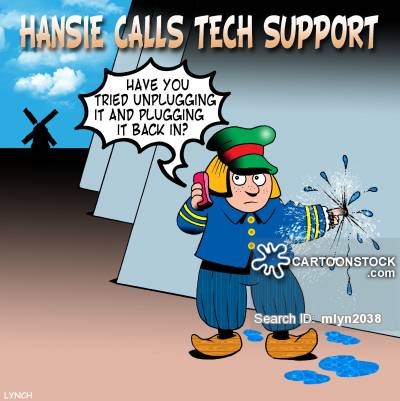 dam failure is not a new phenomenon
(cartoonstock.com)