Guest Posts / How do we science? / Oddities in the Ocean / Science / Scientists in Action! / Technology

Part II of III in a series of guest posts by TAMUCC grad student Kevin Wolfe!

I cannot emphasize enough how important Aplysia has been for the fields of learning and memory. Though the structure and function of the neuron itself was obtained elsewhere, much of what we know about the formation of memories at the cellular level comes from research on Aplysia. One famous scientist that pioneered much of this work is a man named Eric Kandel, recipient of the 2000 Nobel Prize in physiology or medicine. Using a simple defensive reflex, one whose duration is modified by only three cells, Kandel and his colleagues unraveled how neurons and synapses change as new information is learned.

Learning comes in many forms. Pavlov and his dogs popularized one form of learning, called classical conditioning, by pairing a neutral event (ringing of a bell) with a natural and important response (salivating upon anticipating food). Another form of learning is operant conditioning, where animals learn consequences of their behavior through reinforcement or punishment of selected behaviors. You may have heard of the famous Skinner box, an apparatus where rats learned to associate hitting a button or pulling a lever with a food reward; activating the lever released the food from a hatch in the wall, reinforcing the behavior. 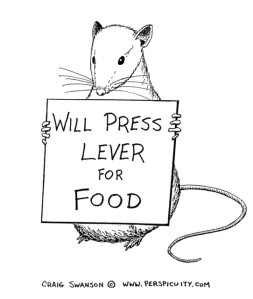 Aplysia, being the simple animals they are, can also learn through operant and classical conditioning. For instance, reinforcing consummatory feeding causes the animal to bite more often. The cool part is this: you can remove a specific ganglion, put it in a dish, and train it using either classical or operant conditioning WITHOUT NEEDING THE BODY. Treat the ganglion with love and care (give it a solution containing the ions it needs to function), and its neurons can stay alive and fully functional for up to twelve hours after being removed from the animal. People have used this method to remove the entire brain completely or to shave away unneeded parts, leaving whole areas like the head or tail intact and alive but separate from the rest of the body. Take that, Dr. Frankenstein!! 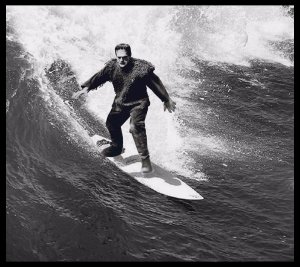 How can you train a brain without having a body? Well, because the nervous system is so well-mapped, we know which nerves relay sensory information into specific neural circuits to trigger behaviors. Thus, it’s possible to reinforce “behaviors”, or desirable patterns in neural output, by delivering electrical impulses to sensory inputs that mimic the neural signature of reinforcement in an intact animal. It’s also possible to remove a single cell from a circuit and train it using puffs of neurotransmitter as reinforcement instead of electrical stimulation.

Check back on Friday for the third and final installment in this series!