Ok, so polynyas aren’t exactly crop circles, but they are open water areas in the Artic where you would normally find ice. You might think that it’s weird that I am just talking about holes in the ice, but the underlying physical processes keeping these holes open is fascinating, and they are biologically important. 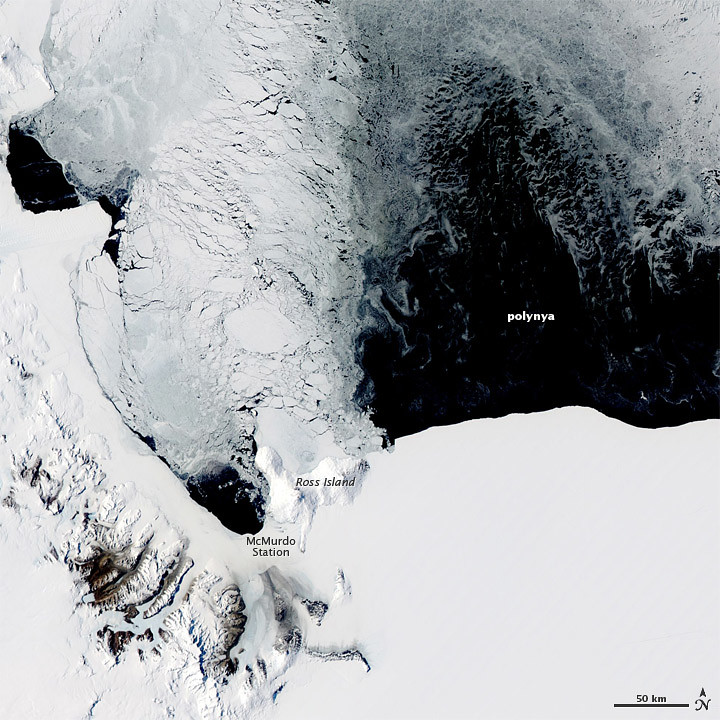 There are 2 types of polynyas that you should know about: Sensible heat (or Open-Ocean) polynyas and Latent-heat (or Coastal) polynyas. Really, they are categorized based on how ice is removed from the system.

Sensible-heat polynyas occur similarly to what drives osmosis: a concentration gradient. But unlike osmosis, sensible heat polynyas are driven by a temperature gradient. When two bodies of water are different temperatures, heat is transferred from the hotter body of water to the colder body. These sensible-heat polynyas occur when water is above freezing and upwells, heat from the warmer water melts the ice, and BOOM you have yourself a polynya. No aliens required.

This figure is Figure 1 from Morales Maqueda et al., 2004

So now that you have a basic understanding on what processes form polynyas, where do they occur?

Polynyas aren’t random features, and there are areas where they are more likely to occur. They have fixed geographical locations at specific times of the year. Latent-heat polynyas generally occur next to coasts. Here, offshore winds or coastal currents are the ice transporting mechanisms. Sensible-heat polynyas are associated with regions of upwelling, or strong vertical mixing. Things like tidal activity in restricted areas, and interactions of water bodies and bathymetry (high areas like seamounts) can cause mixing. This is why sensible-heat polynyas can occur in the open ocean. 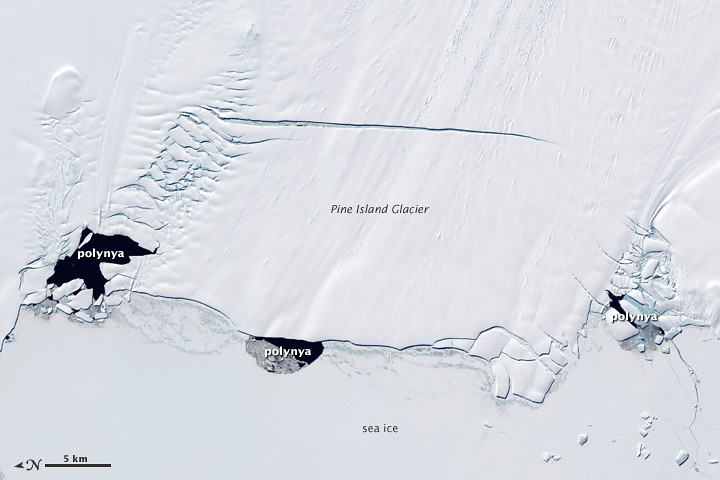 By now, I’m sure you’re wondering why I have spent so much time writing about how these weird holes in the ice form. Like any scientist, I asked myself the same question: why should we even study these? So, here is a listocean :