By now I’m sure you’ve heard about the new Clean Power Plan put forth by the EPA (through the direction of President Obama) on Monday. If not, you should check out the press release and do some digging of your own. As with all issues discussed in my posts, I encourage you, the reader, to take a look at the facts and information involved and make your own informed decisions.

Here is a quick summary of the major points of the plan:

-Reduce carbon emissions from power plants by 30% below 2005 levels nationwide by 2030. 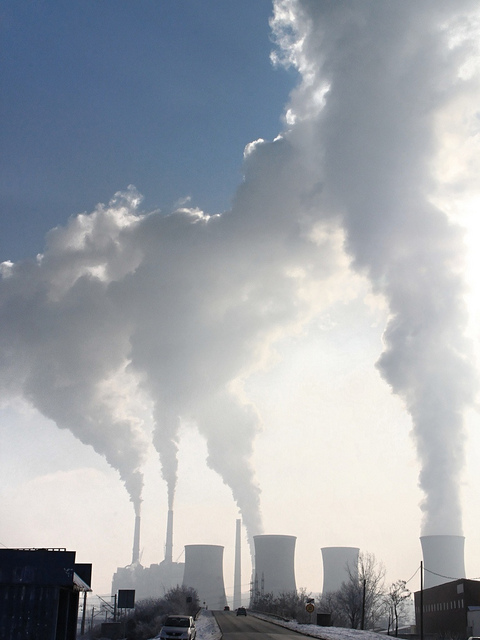 Power plants (specifically, coal burning power plants) are the largest domestic contributor to greenhouse gas pollution. Reducing our emissions from this sector is certainly a great step on the road to carbon emissions reform. Is it enough to halt climate change? No, of course not. But it wasn’t planned to do that (as one country alone could never accomplish such a feat). This plan is aimed to get us within shouting distance of the world leaders in emissions reform. Europe is making significant strides in this arena, and until now, the US has done very little to decrease emissions, especially in the power sector. This plan is a great step forward, but it certainly does not solve the larger problem yet. In fact, implementing this policy alone is not likely to get the US to a point where it is meeting the internationally agreed upon limits. That said, President Obama is the first US President to actually make policy to decrease emissions and attempt to get our nation on a path to become a global leader in this sector. Check out this well written and related NYT piece.

Many areas of the US are extremely reliant on coal, both for power and economic well-being. Coal currently accounts for 37% of our power generation (the highest percentage of any contributor, natural gas is second at 30%), but coal accounts for 74% of emissions (natural gas 24%). 13 states generate at least 60% of their energy from coal (see all of these stats in this great infographic from the New York Times). This plan is reliant on individual states. Some of them will of course fight it, as will many conservatives and those involved in the oil and gas industry. Many states will sue and some will likely refuse to participate unless forced, but it should be noted that not all states are being asked to make the same concessions. For example, WV would be asked to lower its emissions by 21% (almost completely reliant on coal), while Washington (1 coal plant) will be asked to lower its emissions by 84%). This plan is not designed to ruin the economy. In fact, it is argued that it will improve the economy by providing room for innovation and new jobs. The EPA defended the plan strongly on its Twitter account yesterday (use #ActOnClimate to follow the discussion). 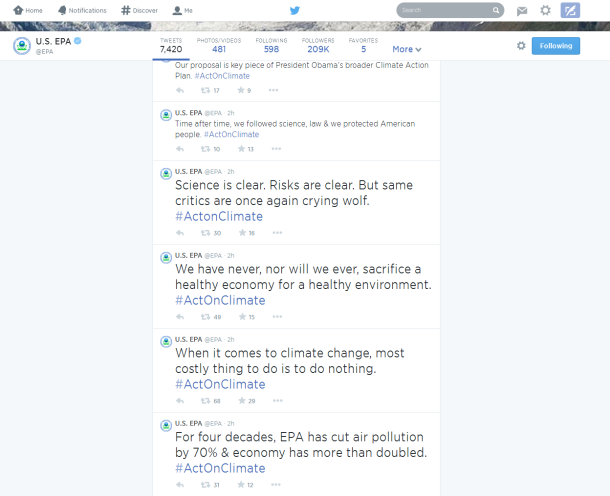 So, we are regulating emissions on power plants, specifically coal-burning power plants. What exactly does that mean? Burn less coal, burn cleaner coal, add more scrubbers? How about shut down hundreds of coal-burning power plants? That sounds a bit more dramatic, right? Well… that is what is going to happen. Obviously this proposal is heralded by environmentalists and hated by those  in the coal industry. Regulation like this will be a topic of contention in this country (and this fossil fuel dependent world) for years to come.

In the face of a major decrease in coal produced power, what is America to do? Innovate, say the President and the EPA. How do we innovate enough new and feasible energy management solutions by 2030 to make up for the decrease in coal-burning? We know natural gas burns cleaner than coal (although it is also a fossil fuel, but a switch to using more gas is a stop-gap), we also know that solar, wind, water, and tidal power are valuable and already commercially available. Each of these has it’s own roadblocks, from rich landowners concerned about scenic views (oh the irony), to expensive implementation plans and push back from the oil and gas industry. However, there is hope and we are a nation of innovators. Last October I wrote my first blog post for this site on the “business as usual” model for climate change and attacked the inaction of this country. Now we are at least taking steps towards trying to change our stance. And look at what we have already come up with: Solar Roads has recently gone viral (a super cool, but extremely expensive idea), and I wrote about The Solutions Project already (a project aimed to eliminate American reliance on fossil fuels). Other ideas of interest: algal biofuels, geothermal heat, tidal generators, the list goes on. 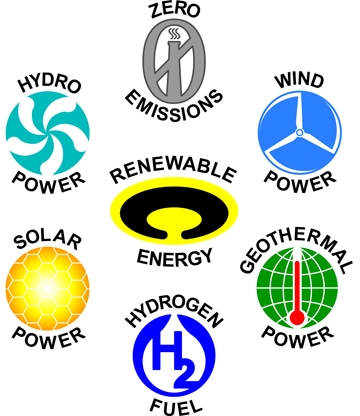 Are we not a nation built on innovation. Certainly we can accept this challenge and succeed. America may be falling behind other countries in terms of STEM training, jobs, careers, etc… but this is a chance to reverse that “trend”. We can become a global leader in STEM fields again (if we ever really fell behind at all). Obviously, this plan is not perfect and it is not enough. We all know that there will be controversy, debate, law suits, backlash, and all of the annoying side effects of change, but I for one am at least a little optimistic that this will become policy. Hopefully, we can all eventually realize that climate is not a partisan issue and begin to make the lifestyle changes necessary to ensure that we pass a healthy world on to the next generation (and generations to come). We certainly do not want the blood of the world on our hands.

As always, informed opinions, questions, and comments are welcome.