It’s your quintessential dark and stormy night, and a wooden sailing ship is making its way across the Mediterranean Sea. The waves are large, washing over the walls of the boat despite the best efforts of the captain to turn its prow into the waves. When the sun rises a few hours later, the ship is nowhere to be seen–it has sunk, along with its cargo and its crew, to the bottom of the sea.

Two thousand years later, in the present day, underwater archaeologists (maybe Bob Ballard) discover the remains of the ship–a few pieces of worm-eaten wood, clay amphoras of wine, and scattered metal ingots. This cargo may have been originally destined for some Roman marketplace, but now it is a part of our cultural history and must be preserved. 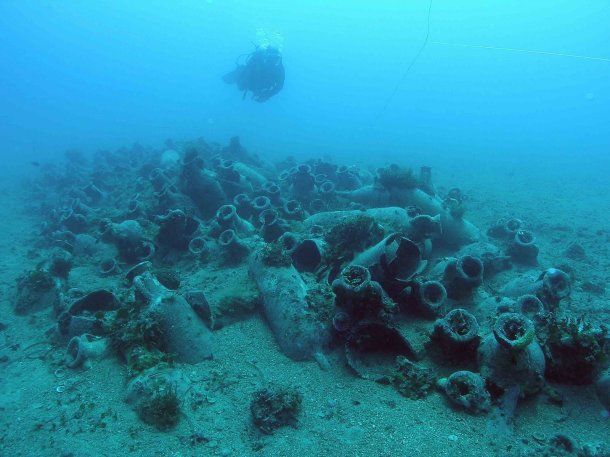 Seems like the Romans drank a lot of wine.

Except, it seems, when that history is destroyed in the name of science. It turns out that researchers from the CDMS dark matter detection project in Minnesota and from the CUORE neutrino observatory in Italy have begun to use lead ingots and other lead artifacts from Roman shipwrecks in their dark matter detectors, angering archaeologists and sparking controversy.

Scientists prefer to use lead from these shipwrecks to shield their machinery because spending so long underwater has reduced the metal’s radioactivity ~100,000 times compared to lead from the earth’s surface. The inherent radioactivity is low in either case, but for these physicists who are looking for rare and transient dark matter particles, any interference from radioactive particles is potentially experiment-ruining. 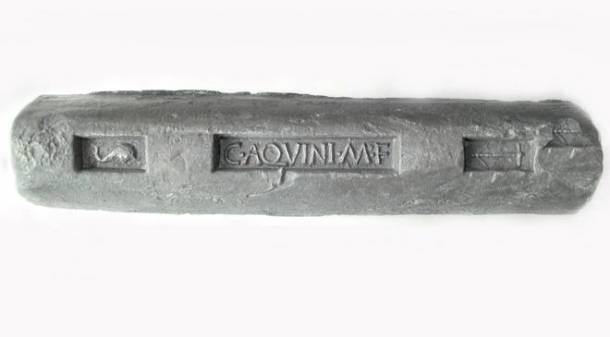 Elena Perez-Alvaro from the University of Birmingham explains: “Roman lead is essential for conducting these experiments because it offers purity and such low levels of radioactivity — all the more so the longer it has spent underwater — which current methods for producing this metal cannot reach.”

“Lead extracted today is naturally contaminated with the isotope Pb-210, which prevents it from being used as shielding for particle detectors,” adds physicist Fernando González Zalba from the University of Cambridge. Yet archaeologists see use of Roman ingots as not only illegal (according to 2001 and 2003 UNESCO conventions) but also as destruction of our cultural heritage.

It’s a question of what we should value more–our past or our future. In my mind, scientific research is more important than some bits of metal that no one was going to use anyway, but I’ll also admit that I’m biased. And I do think that using these ingots represents a slippery slope–there are certainly historical artifacts that I wouldn’t want to see sacrificed in the name of science, just as I don’t always want to see old buildings torn down to be replaced by shining skyscrapers. It’s a delicate balance between impeding the advancement of mankind and losing valuable information from our history.

As with most things, compromise is probably the best bet for both history buffs and science geeks. Which is unfortunate in a way, since neither side will end up happy. On a more personal note, I’m denied the sight of a standoff between the two factions–laser-wielding physicists on one side and archaeologists threateningly shaking old Roman spears on the other.